We have all read and heard the headlines as a child or beloved pet is found deceased inside a car due to the heat. Heat is a major cause of death in the United States and people and animals are not the only victims.

Last week, our air conditioning went out at the office. The temperature climbed above 90 degrees outside – as the temperature rose outside, so too did the temperature inside. We, like most modern offices, do not have windows that open, so we employed fans. We quickly discovered that all the fans did was blow around the hot, poor-quality air. The office staff began to get sick and irritable. Due to heat stress, we had to close the office until the air conditioning unit could be repaired.

The heat and humidity levels not only affected the humans; it was stressing the office plants. They were actually “weeping” from the stress (see the photo attached to this blog). Weeping in plants can be caused from either stress or over-watering.

Heat stress can be minimized. Humans should drink plenty of water, take frequent breaks from their tasks and get out of the sun (go to shaded areas). Animals should have plenty of water and have shelter from the heat. Plant material should have the irrigation schedule or hand-watering schedules adjusted according to need.

Thanks for reading! Stay cool and stress free! 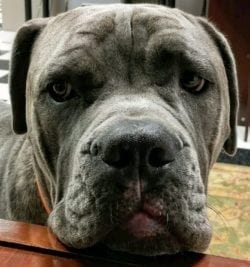 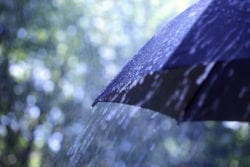